I’ve seen a lot of discussions about God’s existence, where the atheist will say something like, “there’s no arguments for God’s existence”. There are other statements like this, that echo the idea that any type of religious belief is unreasonable. For example, Mark Twain once wrote that “faith is believing what you know ain’t so”. Richard Dawkins has acquired much of his fame by reiterating these ideas, trying to show everyone that religion is a delusion, without evidence or argument, requiring irrational and blind faith in something ridiculous. However, I’ve noticed that just past those sorts of statements, there’s an extreme lack of argument (which is quite ironic).

Are There Arguments For God’s Existence?

I’ve been a part of many discussions regarding the existence of God, and quite a few of them have included this idea that there is no argument for theism. Period.

It’s declared as a complete defeater because, if there is no argument for God, then religious people must be delusional.

The big problem here is obvious… there are plenty of arguments for God’s existence. Whether the atheist “likes” the arguments, or thinks they’re persuasive, is a completely different issue. There have been a few times now where an atheist has confidently declared to me that there are no arguments for God’s existence, to which I replied that the cosmological argument is a deductive argument where all the premises seem definitely true (a deductive argument is one where, if the premises are true, the conclusion must be true, so if the premises all seem true, then there’s very little hope in escaping the conclusion). I’ll go into the cosmological argument itself in another article, but the point being that, here we have an argument that is thousands of years old, has been written about and argued by some of the greatest philosophers the world has ever seen, is deductively valid, and has premises that seem obviously true… and yet… the atheist will declare that “there are no arguments for God’s existence”, which is just blatantly false.

In most cases, I will give a few other arguments for God’s existence (like the teleological and moral arguments, the existential argument, arguments for the resurrection, miracles and personal testimony, etc.). At this point, it’s beyond doubt that I have defeated the original claim that there are no arguments for God; after all, I’ve given multiple. Does the atheist then concede this point, and move into a reasonable discussion regarding one of the arguments I mentioned? No. Instead, I receive one of two responses. They are something like,

“those don’t prove God’s existence!” or “those arguments are all terrible”.

This sort of situation is frustrating, because the atheist started off declaring something demonstrably false, and now they’re making a statement that doesn’t really help the conversation move forwards. After all, if you’ve given many points you consider good, and someone merely turns their nose up at them, how do you continue to have a reasonable debate?

You Haven’t Given Me Proof

In my experience, I would say that this point is the default way that an atheist will attempt to conclude the discussion, if they haven’t really given a solid counter to my points. If I have done a good job showing there is reason to think God exists, there’s no way the atheist is going to admit that (if for no other reason than because of simple embarrassment). The only way they can attempt to save face is by saying that I haven’t done my job; I have not proven to them that God exists. After all, if I had given proof, then they would believe! Typically, what this really boils down to, is that the atheist is saying they need something irrefutable, undeniable, slap you in the face obvious. The real problem with this mentality is that, it’s not a comment about the nature of the arguments, it’s a comment about their stubbornness.

What they’re really saying is, “you haven’t convinced me”.

Without going too deep into the concept of proof, it’s not really possible to give a proof for very many things, in the sense of proof being that it’s impossible to be wrong. It’s always possible that you’re wrong, regardless of the issue being debated. Even if discussing something non-controversial, like whether or not the moon exists, someone could always say it’s possible that there’s been some sort of deception. With the moon in mind, maybe aliens are reflecting light at us, or something equally ridiculous (or, worst case scenario, we’re all in the Matrix). Since these sorts of possibilities always exist, then pretty well nothing can ever be proven, because there is always room for doubt. However, this never implies that the opposite is more likely. With our moon example, just because it’s possible the moon doesn’t exist, does not then give us justification to actually believe that the moon does not exist. No one would consider that a rational view.

This is a logical fallacy that says, “since something is possible, it is therefore probable”.

This sort of reasoning is what we have when someone responds to arguments for theism by saying “you haven’t proven God to me!” Really, they’re asking for a stronger argument for God, than they even ask of the scientific community. When hearing an argument for some perspective you disagree with, the proper response is to try and explain how the argument is wrong, either by showing the premises/evidences are false, or that the logic doesn’t work. Merely saying the argument doesn’t make the conclusion undeniable is not actually a counter argument. Thus, the atheist is fallaciously trying to escape the logic of the arguments provided. One way I like to put this is, are you going to deliberately believe something less likely to be true? In the case of the atheist in the face of the arguments for God, I would say, yes, they are grasping onto the mere possibility of atheism, rather than the best explanation of the evidence, which is theism.

Are The Arguments Terrible?

As mentioned earlier, another response atheists will give when presented with an argument for theism is that they will simply shut down the argument as being not good enough. They are dismissive of the argument I’ve given, and merely to demand more evidence. Maybe they don’t like the cosmological argument, or maybe they need more to believe, but either way, this is, once again, a fallacious move. If someone gives an argument for a position, the other person needs to actually respond to the argument.

Ignoring the argument, and simply demanding more, is called the “moving the goalposts” fallacy.

Any process that ignores an argument entirely, without dealing with it, is by its nature a fallacious process. Even then, in these cases I will continue by mentioning the teleological argument, which essentially says that it seems like the universe has been finely tuned by something like God in order to bring about life. We can look at the fact that it has been convincing to many people, to the point that even famous atheists like Stephen Hawking will admit that the universe really does seem “finely adjusted to make possible the development of life” (A Brief History of Time, pg. 125). What sort of response is there at this point? Again, simply demanding more, which is once again a fallacious move. So I might give a few more arguments, just for the sake of it, and not receive a good response.

I have personally experienced this on a few occasions, where I have given a half dozen arguments that God exists, only to have the atheist dismiss everything I’ve said, without argument. Again, I have defeated the original claim that there are no arguments for theism, and again, the atheist never seems willing to admit this. It doesn’t matter how much more you give them, because their goal isn’t good discussion, and they certainly aren’t open to changing their mind. The goal is to act as though they are the intellectually superior judge of all arguments, passing their opinions off as “critical thinking”, when in fact it is nothing more than a case of confirmation bias.

To Sum It Up

Any time I hear someone say “there are no arguments for God”, I can be pretty well certain that they’re going to commit either the “possible therefore probable” fallacy, or the “moving the goalposts” fallacy.

By ignoring any arguments that disagree with their position, they are also committing the “confirmation bias” fallacy, where they are only willing to interact with points that help confirm what they already believe.

Basically, ignoring the arguments for God, by its very nature, is a very fallacious path to go down. What would be far better, both for good conversation, and for pursuing truth, is if the atheist were to seriously consider the arguments for theism, and give well thought out responses. That definitely does happen now and then, but the problem is, it’s actually pretty hard to think reasonably about things that contradict your worldview. Here’s hoping we can have some productive conversations about difficult topics in the future. 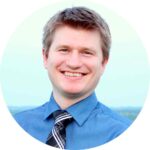